Colloidal silver myths are everywhere. So much so that it might be hard to distinguish myths from facts.

The FDA’s attempts to ban colloidal silver contributed to the negative opinions. However, silver solutions used to be very different. The ones we use now are much safer, and the risks are lower.

Silver solutions can indeed have side effects. But in most cases, that happens with improper use and products containing large particles of silver. With correct use, silver is much safer than they say, especially when using nanosilver products. So let’s debunk some of the most common colloidal silver myths.

Are you completely new to this topic and would rather read the science behind silver as a supplement? Check out the previous post we wrote on the topic. It will help you understand the research behind it, the benefits, and the risks. 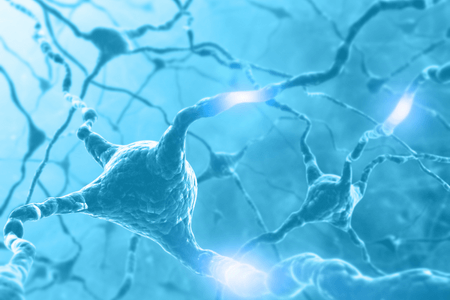 This is a myth you’ll often see cited in many papers. Some go as far as claiming that vast studies prove silver's danger. The truth is very different.

Few studies were conducted on this topic. The ones that do exist were performed on animals, not humans. They also tested older versions of colloidal silver.

In the past, silver particles were much larger. Taking silver solutions was a real challenge. You had to shake the bottle and carefully pour the desired amount. Due to the size of the particles, getting the optimal dose was hard. Particles would fall out of the solution, and you’d often end up taking more (or less) than the desired amount.

Nowadays, products such as Silver Sol are much safer, as they contain smallernanoparticles of silver.

Going back to the studies mentioned above, you’ll notice their findings do not support this myth. Some were inconclusive. They identified some silver deposits in the region of cutaneous nerves. Contrary to what some may think, that doesn’t mean silver will harm the nervous system.

In fact, the same study agrees there is no evidence to support the idea that silver has a toxic risk to the peripheral nervous system. The deposits found in the cutaneous nerve region did not seem to produce any side effects.

A cytokine storm is an inflammation in the body caused by an extreme immune system response to a threat. A doctor claimed that silver could prompt such a thing over 10 years ago on the Internet. He never provided any actual evidence for his affirmations, but his words stuck with many.

Research, however, has a different opinion. A 2007 study does indeed mention cytokine in relation to silver. But it’s not what the myth says—quite the opposite. The research concludes nanosilver reduces cytokine production. 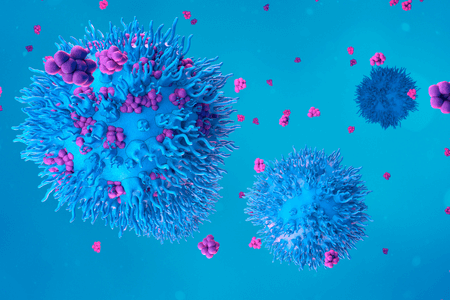 Science correctly proves that silver can kill bacterial cells such as E.coli. Somewhere along the way, people took this to mean silver can harm and even kill human cells. But no medical studies back up this statement. It is an assumption by an environmental group that somehow turned into quite a myth.

We know there are slight risks and potential side effects of silver, especially in high doses and when ingesting large particle silver products. But we have another bit of research that tells us the body can detoxify excess silver before it can harm human cells.

This is another claim with zero medical evidence to support it. It’s a similar story to that of other myths. Someone throws an affirmation somewhere on their site, and others are quick to cite them. And then they’re cited by others which are cited by others. Before you know it, it’s impossible to tell where the myth came from and if it’s real or not.

Does science say anything about this topic? Actually, it does. A 2009 study showed nanosilver could prevent blood clots from forming. It can also help when it comes to strokes and even heart attacks. 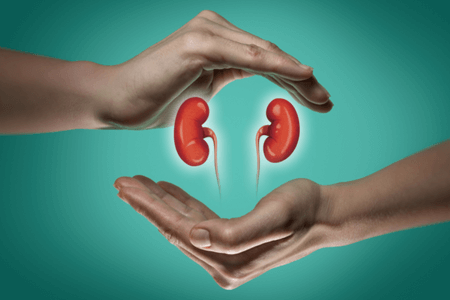 Myth #5. Silver can harm the kidneys

This is based on ideas like Myth #3. And, just like Myth #3, there is no medical evidence to back it up.

A study conducted in 2008 looking at the benefits of colloidal silver for cystic fibrosis also addresses these concerns. The conclusion is there is no evidence silver harms the kidneys, the nervous system, or the cells.

We also need to note human studies are scarce in this area. Most experiments were conducted on animals. But even so, none of these animal studies could prove colloidal silver can harm the kidneys.

This myth originated in the 1970s when a group of researchers implanted a silver disc under the skin of animals. The result? After some time, they observed sarcomas had developed. So they quickly concluded silver causes cancer.

Only many years later, another group of researchers decided to go further. They tested the same type of implant but made of different materials such as wood, plastic, or ivory. The conclusion? Sarcomas formed with all these implants.

In other words, silver was never the problem. It was the implant itself.

No studies come close to proving colloidal silver causes cancer. Instead, one article published in 2009 shows that silver may have anti-proliferative (anti-cancer) properties. 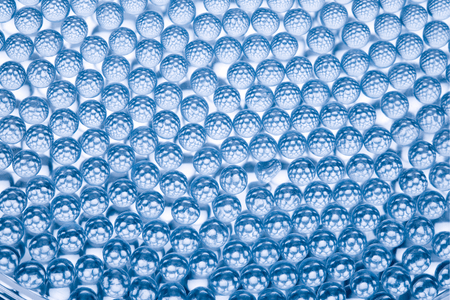 Myth #7. Nanosilver is bad for the environment

We’re not sure where this myth originated. But we do know it’s false.

To damage the soil, you’d need to throw an immense quantity of silver nanoparticles, all at the same time. It is estimated it would take about 30 quarts per ton of soil! Even then, the damage to the environment would be minimal.

The FDA tried to ban colloidal silver in the 1990s. In 1999, it issued a statement saying colloidal silver supplements didn’t have enough benefits and were potentially dangerous. However, a total ban was never in place.

Supplements are okay and perfectly legal. Plus, the FDA never offered complete studies to support its claims. They were also unable to contradict the studies proving silver’s benefits. 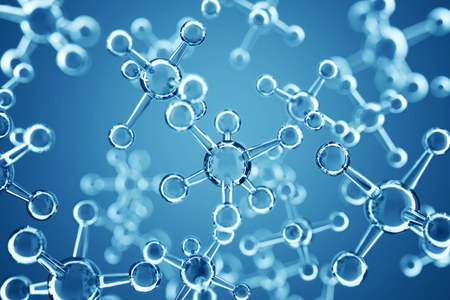 Myth #9. Drinking silver solutions will cause your skin to change color

This is the only myth on this list that is true. To some extent.

The phenomenon is called argyria, a rare side effect of silver supplements. Most known cases of argyria are the result of improper use. Cases were also more common when silver solutions were different, containing bigger particles or ionic silver instead of small particle colloidal.

Argyria is not something that happens from one day to the next. It develops gradually, affecting the gums first. However, most modern nanoparticle silver solutions are safe. If you take them as instructed, the chances of developing argyria are almost non-existent.

Colloidal silver myths are everywhere. Some are rooted in facts that are then used to make a completely different claim. Others are simple misconceptions.

Silver supplements are not a cure-all, but that doesn’t mean they’re dangerous. They have plenty of proven benefits. They’re anti-bacterial and anti-inflammatory, help with wounds, boost your immune system, and more.

If you’re looking for some safe nanoparticle silver products, check out our shop. You’ll find anything from silver solutions, sprays, toothpaste, and even shampoo. 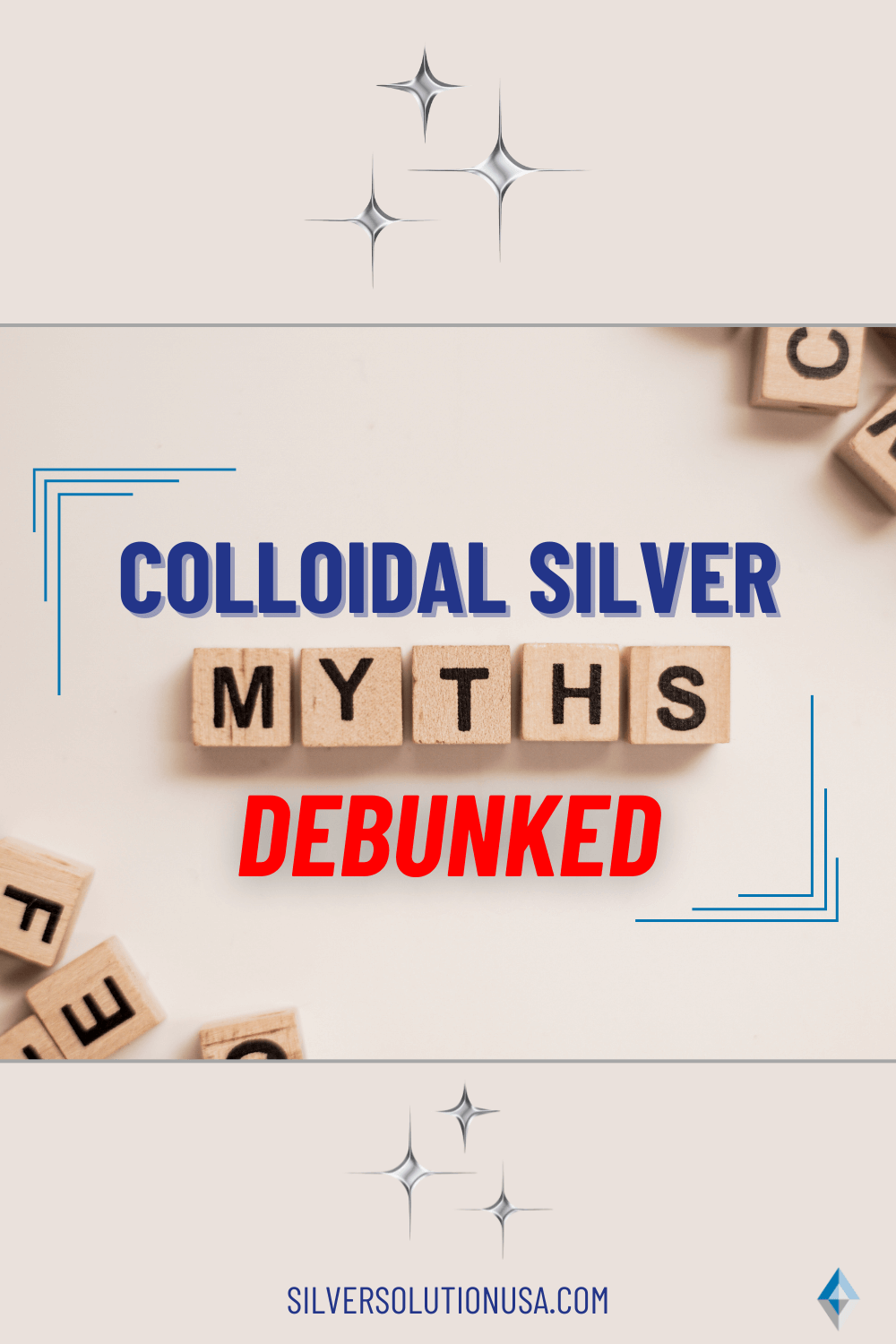