Boost Your Immune System with One Silver Solution® 10ppm

Through years of testing, our manufacturing team has been able to develop and patent a manufacturing process that created a much more stable silver product. This new silver technology created an engineered silver nano particle making it the best silver product ever created. This new technology is far superior to the older process known as colloidal silver. With both manufacturing processes, the silver particle is inside a water molecule. The older process creates larger particles or particles with jagged edges which cause the particle to break through the water molecule. When the particle breaks through, it can attach itself to tissues inside the human body. Over time, using colloidal silvers can cause a buildup of particles and may become toxic, similar to taking too much Iron and other minerals. This is not the case with the new patented process used with One Silver Solution. The particles are engineered down to nano sized particles with a thin multivalent silver oxide coating and do not break through the water molecule. This allows the particles to travel more efficiently through the body and will be flushed out within approximately forty-eight hours.

This product has a 3 year shelf life from date of manufacture.

WARNING: If you are pregnant, nursing or have any allergic reaction to trace minerals or if you have any chronic or recurring symptoms or illness, consult a healthcare professional before using this product. 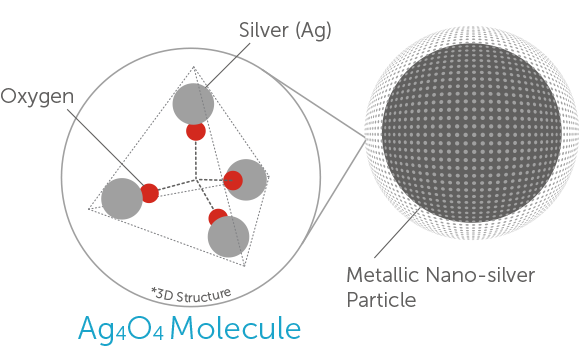 MORE STABLE AND BIOAVAILABLE: With the Ag404 coating, the nano silver particle is attracted to the surrounding water molecules, and as such, becomes part of the structure of the water. This makes the silver much more stable and bioavailable than other forms of silver.

MULTIPLE MODES OF ACTION: Testing has uncovered multiple modes of action by which the Metallic Nano-silver Particle functions. First, it has an ability to steal multiple electrons (compared to ionic silvers which can only steal one). Second, each particle is permanently embedded with a resonant frequency, which allows the particles to have a positive effect on things, without needing direct contact with them. Lastly, the particles also utilize a very useful electrostatic charge. 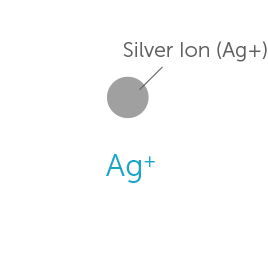 Ionic Silver is one of the most common forms of silver liquid found in the supplement industry today. Many are made by diluting chemical forms of silver, like silver nitrate, to a desired parts per million (ppm), which is then bottled and sold to the public.

Although ionic silver products have the smallest particle size, they are often the least stable and can easily fall out of solution.

Additionally, ionic forms of silver only have one mode of action. Once each silver ion steals its missing electron, it becomes neutral and is no longer useful.

Lastly, ionic forms of silver are metabolized, and as a result, can bind up in the body. Over extended periods of time this build up could cause a skin condition known as Argyria, otherwise known as the blue man's syndrome. 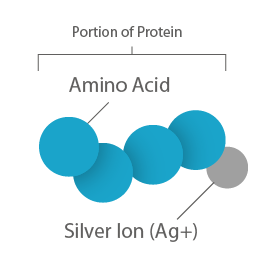 Mild silver proteins are simply another form of ionic silver. The only difference being that because ionic forms of silver are not generally stable and because they contain unusually large amounts of silver, they are sometimes bound to a protein.

However, as a result of this binding with protein, the silver ion is less functional and useful than traditional ionic silver ions. Consequently, higher levels of silver (ppm) are needed to obtain the desired effect.

These statements have not been evaluated by the Food and Drug Administration. This product is not intended to diagnose, treat, cure, or prevent any disease.